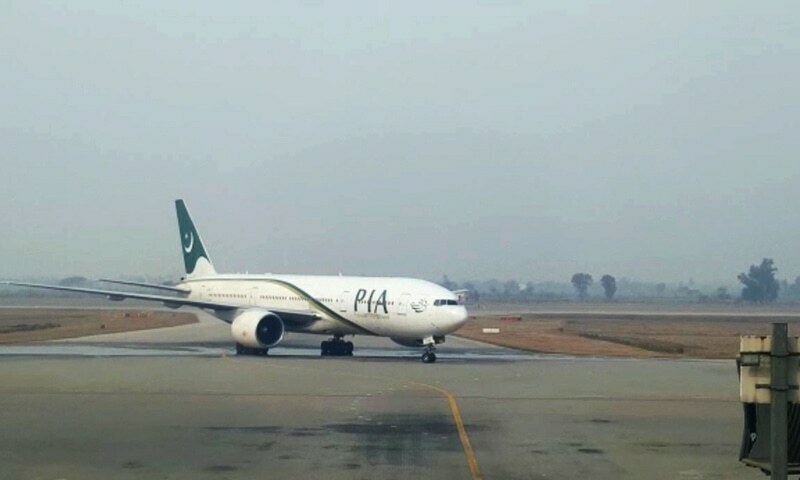 In light of public complaints, the CAA Director General has taken strict notice of airline operators for cancelling confirmed scheduled domestic flights and then utilising aircraft for international chartered operations.

The CAA DG in the notice said during the period from Oct 1, 2021 to Oct 18 the operators cancelled 383 (33.4pc ) out of 1,145 domestic flights and utilised the aircraft for international chartered flights.

The CAA ordered the airline operators to submit an undertaking to the aviation authority prior to requesting any permission for international chartered flights that domestic flight schedule approved for any ongoing scheduling seasons will be operated with a minimum flight regularity and punctuality of 90pc and 80pc, respectively.

The CAA further directed that cancellation of domestic flights, if any, will only be made consequent upon technical reasons or force majeure circumstances.

The domestic flights cancellations on the pretext of technical reasons will only be allowed subject to its confirmation from the CAA’s Airworthiness Directorate.

The CAA further said an adequate balance between domestic flight operations and international flight operations is mandatory which does not only follow along the vision contained in National Aviation Policy 2019 but also allows airline operators to fulfill the obligations towards the traveling public.

All the airline’s operators have been directed to submit an undertaking clarifying that international chartered flight shall not be utilised at the cost of scheduled domestic flight operations.

Following the submission of the undertaking the chartered flight operations will be restored on a case-by-case basis.

It said in case of flight cancellation, the airline has to accommodate the affected passengers on its own alternative (earlier/later) flights or other airlines’ flights (subject to seat availability) as per convenience of affected passengers.

However, the CAA said if the available alternative transport options are not feasible for the passengers, then full ticket refund shall be made to the passengers at the earliest.

In case of flight cancellation due to insufficient passenger load/commercial reasons, if the available alternative transport options are not feasible for the passenger, then in addition to full ticket refund, passengers shall be compensated in line with law.

The CAA also advised the flight operators to minimise cancellations of flights, failing which the CAA will be constrained to initiate regulatory action against the defaulting airline.