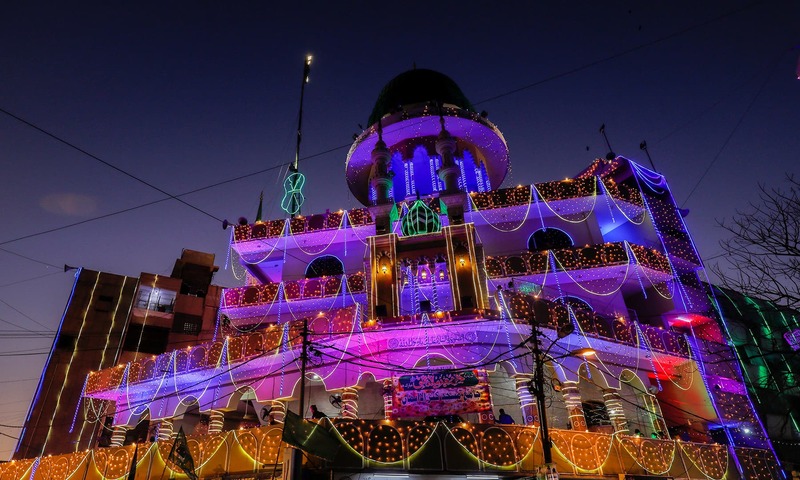 Buildings and streets across the country illuminated with colourful lights as people enthusiastically participate in processions.

Streets across Pakistan turned festive as the faithful celebrated Eid Miladun Nabi — the birth anniversary of Prophet Muhammad (PBUH) — with religious zeal and fervour on Tuesday.

Prime Minister Imran Khan had urged the nation to celebrate the day in an “unprecedented” manner, and the enthusiasm was visible in the many processions taken out in all major cities of the country, where participants waved green flags and chanted slogans to show their devotion to the prophet.

Government buildings, streets, houses, shopping malls, and mosques were decorated beautifully with lights and buntings, as the youth and children did fireworks and marched in rallies wearing colourful dresses.

Header image: A mosque is seen illuminated on the eve of Eid Miladun Nabi in Karachi, October 18. — Reuters