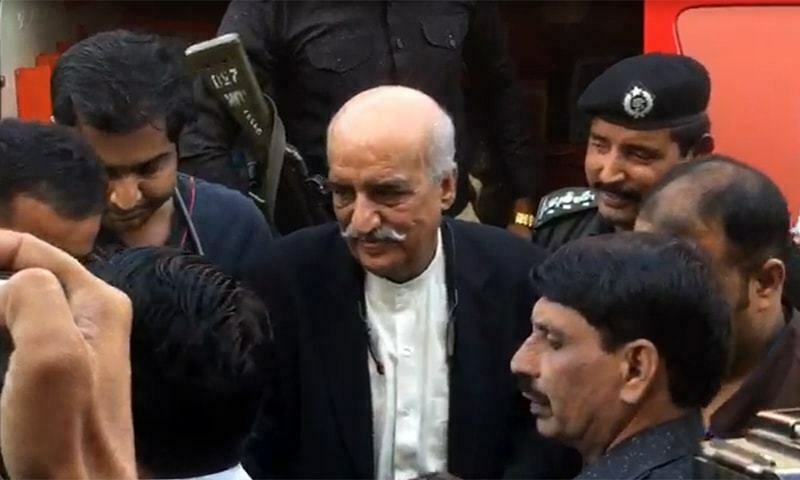 The Supreme Court on Thursday granted bail to PPP leader Syed Khurshid Ahmed Shah, who has been incarcerated for more than two years following his arrest by the National Accountability Bureau (NAB) in Sept 2019, in a case concerning assets beyond means.

The top court, however, decided to keep Shah’s name on the Exit Control List (ECL), saying the accountability court that was hearing the case could decide to remove it.

It also directed the PPP leader to submit bail bonds of Rs10 million.

During the hearing, Shah’s lawyer, Makhdoom Ali Khan, informed the court that NAB had filed a reference against the PPP leader based on 12 properties and five bank accounts. “The collector of stamp duty acknowledged that he guessed the value of the land,” he claimed.

Sharing details of the property, the lawyer said the 1,039 acres of barren land was bought by former law minister Abdul Hafiz Pirzada’s father in 1979 for Rs80,000. The property was sold by Pirzada in 1982 to someone else and was later bought by Shah, he added.

Upon this, Justice Bandial asked whether the land was near a stream or barren, noting that if it was barren, the land’s value would be lower. The land gets water through uplift irrigation, Shah’s lawyer responded.

Justice Bandial questioned the NAB counsel on the number of witnesses whose statements had been recorded so far in the case.

The counsel informed the court that the investigation had been completed.

Following the conclusion of the arguments from both sides, the SC ruled there were no “concrete reasons” to keep Shah in custody.

Earlier this year, the Sindh High Court (SHC) had rejected Shah’s post-arrest bail plea but had directed the trial court to expedite the case without allowing any adjournment on any flimsy ground and complete it as quickly as possible, preferably within six months under intimation to the SHC through its Member Inspection Team-II.

In 2012, an accountability court had directed NAB to file a reference against Shah on a complaint pertaining to alleged accumulation of illegitimate assets.

In 2013, NAB had reopened two corruption cases against Shah under the directives of the Lahore High Court.

Subsequently, Shah was arrested on Sept 18, 2019, and NAB filed another reference against him the next day.

Shah and 17 co-accused, including his two wives, two sons, two nephews, contractors and alleged frontmen, pleaded not guilty to charges of accumulating assets beyond known sources of income when an accountability court judge formally indicted them in Dec 2020.