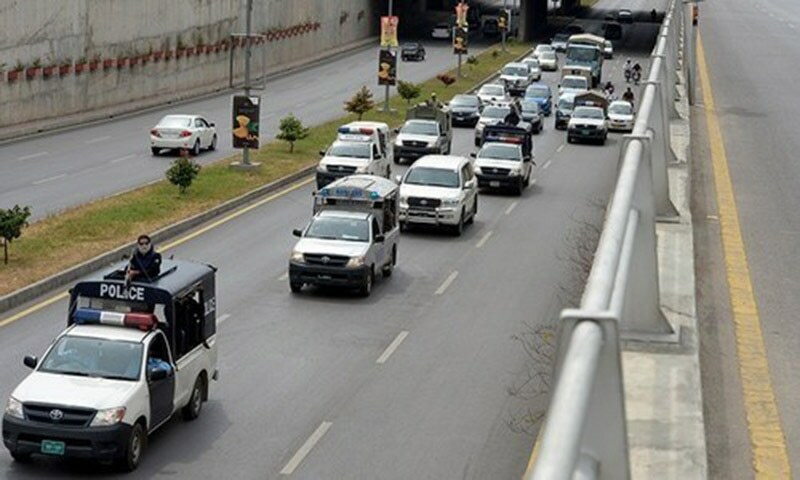 ISLAMABAD: The government on Wednesday slashed the security protocol for VIPs and senior bureaucrats under a decision taken by the federal cabinet, Dawn has learnt.

Sources in the police told Dawn that security cover to those VIPs who had been facing specific security threats would remain intact. No decision had been taken so far for cutting down the security cover of judges of superior judiciary, they added.

The VIPs include federal ministers, advisers, chairman and deputy chairman of Senate, speaker and deputy speaker of National Assembly and judges of superior judiciary. Senior bureaucrats include secretaries of ministries.

“The local police give security by dep­lo­ying gunmen with them,” the sources said, adding that Rangers were also deployed with a few VIPs for their security.

Majority of the VIPs and senior bureaucrats had more security personnel than they were entitled to, the sources said.

In this way dozens of police guards were withdrawn from the VIPs and senior bureaucrats.

Earlier, the Cabinet Division decided to withdraw security personnel over and above the authorised number from the VIPs and directed the interior ministry to implement it, the sources said. In response the ministry asked the inspector general of Islamabad police to implement the order in letter and spirit.

Senior Superin­tendent of Police, Security Division, Dr Khurram Rashid, told Dawn that the security of the VIPs had been rationalised in accordance with the decision of the Cabinet Decision.

A threat assessment committee examined threats to the VIPs and as per it decision, security cover — police guards — was given to them, he added.