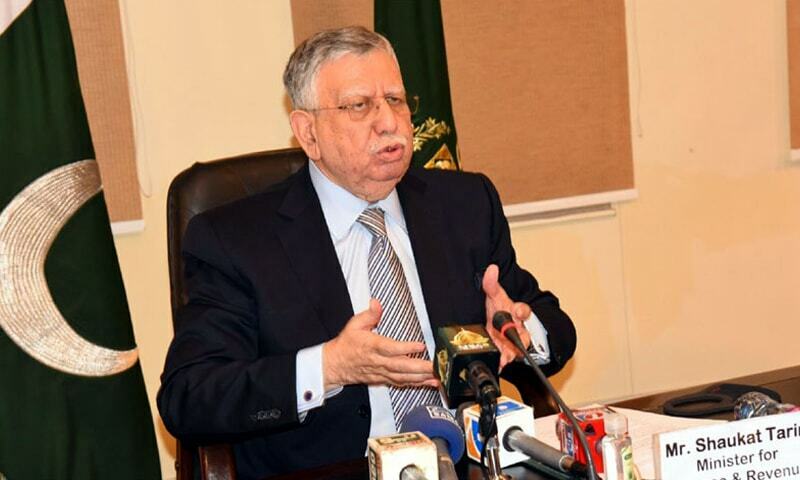 WASHINGTON: Adviser to the Prime Minister on Finance and Revenue Shaukat Tarin held a series of meetings with senior officials of the International Monetary Fund (IMF) in Washington on Wednesday for finalising the release of the next tranche of a $6 billion loan facility.

The PM’s aide rushed to Washington from New York on Tuesday to join the ongoing discussions as an IMF official acknowledged progress. The finance secretary was holding the talks in his absence.

On Wednesday, members of his team told journalists the talks would continue for another day and the two sides would issue a joint statement on Thursday, announcing details of the arrangement.

Mr Tarin, who was the finance minister when he first came to Washington earlier this month, is now a financial adviser to the prime minister as he had to be a member of parliament to retain the minister’s position.

“The adviser has returned to Washington DC to join ongoing discussions with the IMF,” his spokesperson Muzzamil Aslam said in a tweet on Tuesday.

“Media reports related to inconclusive talks are baseless,” he added.

Shares at the Pakistan Stock Exchange (PSX) soared on Wednesday buoyed by the news that talks with the IMF were moving forward.

The benchmark KSE-100 index gained 870.01 points, or 1.95 per cent, to close the day at 45,499.46 points. Having remained in the green throughout the session, the market was up by 802.72 points, or 1.8 per cent, by 1:20pm. But the US dollar continued to rise against the rupee reaching a record high of Rs173.50 after appreciating by 55 paisas in interbank trade. Experts largely attribute the trend to the Pakistan’s growing current account deficit.

The rupee hit the previous record low of 173.20 on Monday in intra-day trading against the US dollar following media reports that talks with the IMF had failed.

In Washington, Jihad Azour, director of IMF Middle East and Central Asia Department, told journalists on Tuesday that the talks between the IMF and the Pakistan government on the sixth review of the $6 billion Extended Fund Facility (EFF) had progressed to a “very good step”.

“The progress has gone [towards] a very good step and the mission, with the authorities, are going through the various details,” he added.

Earlier, a media report had claimed that the talks had failed due to differences over a macroeconomic framework and uncertainty over the country’s economy.

Pakistan and the IMF held the first session of these talks in Washington from October 4 to 15 when Mr Tarin left for New York on his way to London. He told journalists before his departure that Pakistan had shared its data with the IMF representatives who were validating the information.

At a news briefing in New York earlier this week, Mr Tarin urged the nation not to get disillusioned by the claims that talks for reviving the IMF loan facility had failed. “See, the talks are continuing and are continuing positively,” he said. “Some people have created an impression in Pakistan that we have failed, and the talks have been unsuccessful, that is completely false.”

The adviser said his meetings with the IMF managing director and other senior officials in Washington last week were very useful. “So, we should not get disillusioned by the claims that the talks have failed. I do not understand what they base their claim on,” said the finance minister while rejecting such reports as “misleading”.

Asked if the IMF was asking Pakistan to do more to meet its demands, Mr Tarin said: “Whenever you go to a banker, he asks for more, but we have our own red lines. We have made it obvious that we will continue the reform process for sustainable growth.”